This die-cast Hot Wheels model is a tuned Mazda MX-5 Miata ND, the fourth generation of the MX-5 Miata, produced from 2015 to the present. It has aftermarket additions, such as a front splitter, rear diffuser, side skirts and a large rear spoiler. 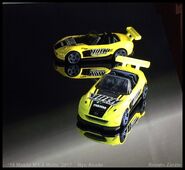 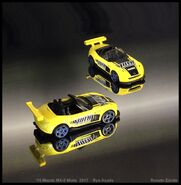 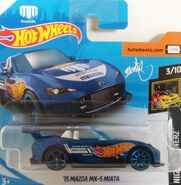 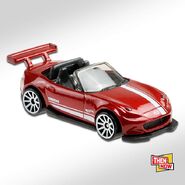