The 'Hirohata Merc' is a custom 1951 Mercury Club Coupe designed and built by George and Sam Barris for Bob Hirohata. It has been named one of the most famous custom cars in the world and has appeared in several magazines.

Hot Wheels replicated the Hirohata Merc in 1998 for the collector-aimed (100% Hot Wheels) in the Legends: Barris Kustom 4-Car Set. It was first produced to resemble the real-life mint green version, then for later releases, Hot Wheels created their own paint schemes. It was used 11 times before being discontinued. 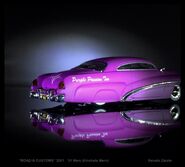 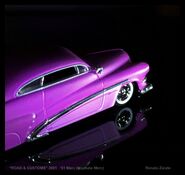 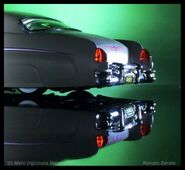 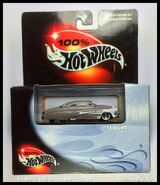