The '55 Chevy was issued into the line-up in 1982. For its first release, it was made in Hong Kong and issued with that base for only one year. It was later changed to a Malaysia-stamped base, because production was moved from Hong Kong to Malaysia later that same year. Despite this short run, both the Hong Kong and Malaysia castings of the original first release retain the same value.

For 1991 models, the base became plastic. For 1992 Model Year the casting was modified. The hood scoop (separate piece) was removed. The base was plastic.

The '55 Chevy has come out in the following 1/64 scale versions: 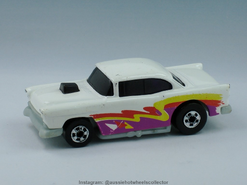 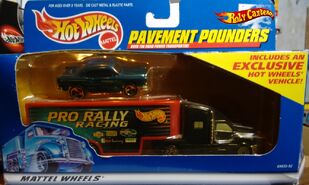 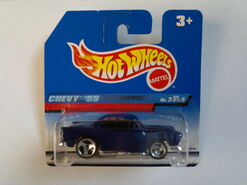 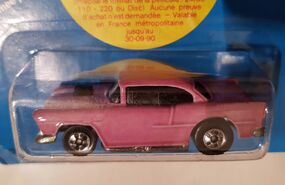 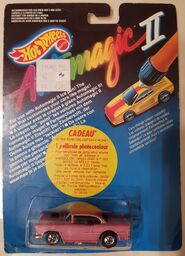 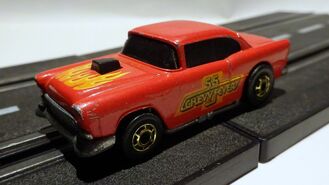 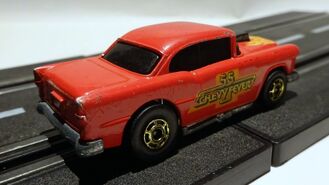 Add a photo to this gallery
Retrieved from "https://hotwheels.fandom.com/wiki/%2755_Chevy_(1982)?oldid=346065"
Community content is available under CC-BY-SA unless otherwise noted.