The '57 Plymouth Fury is based off of the actual production model. However, this particular casting has a 1958 style lower valence panel. The grille shape is different than used in '57. It is also worth noting that Plymouth never actually produced a Fury sedan in 1957. The Fury for 1957 was only offered as a two door hard top. This car is based on a sedan as it has the "B" pillar.

In 1983, novelist Stephen King immortalized the Plymouth Fury in his novel "Christine," which became a movie adaptation directed by John Carpenter in the same year.

The '57 Plymouth Fury has come out in the following 1/64 scale versions:

Born: 1957
Birthplace: Auburn Hills, Michigan, USA
Designer: Chrysler LLC
Specialty: With an optional HEMI engine and custom ‘58 bumper, this 50s fin car was made to race around the clock. 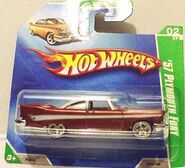 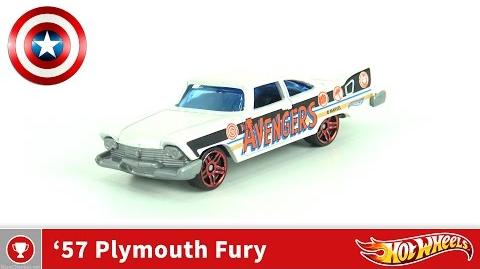 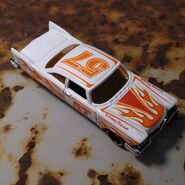 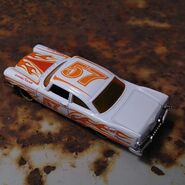 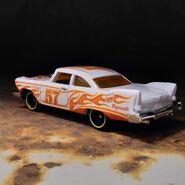 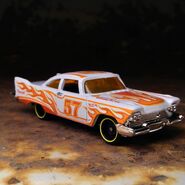 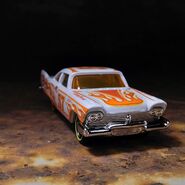 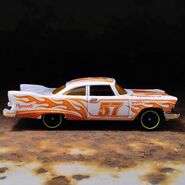