The '69 Corvette is based on the actual production model.

The yellow bodied Corvette shown above with the 'U' shaped black front fender and nose striping, issued as the 2006 First Edition version from Hot Wheels is one of only two actual ZL1 optioned Corvettes made in 1969 by Chevrolet.  The ZL1 designation denotes they were made with an all aluminum 427ci engine block. They also came with all of the L88 optional features as well.  Those included an upgraded front and rear suspension, transistorized ignition system, special heavy duty brakes and a Posi-traction rear end for all available gear ratios.  This option also required an automatic radio and air condition delete build sheet status. Both of the metal flake pearl white K Mart exclusive versions are representative of the only other version of the ZL1 optioned Corvette made by Chevrolet in 1969.

The '69 Corvette has come out in the following versions: 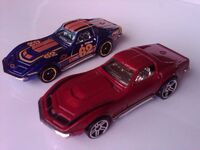 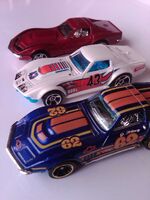 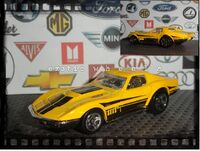 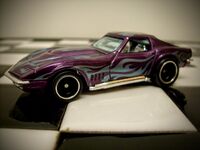 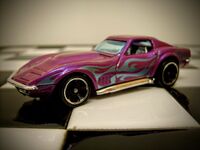 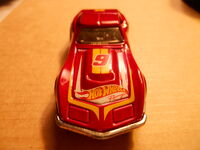 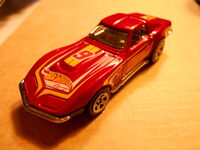 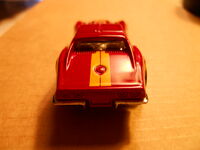 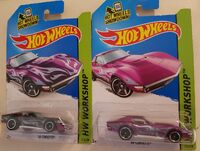 Base of original casting 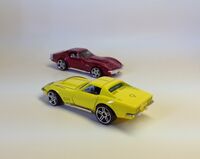 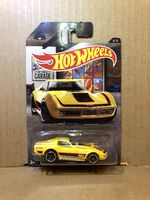 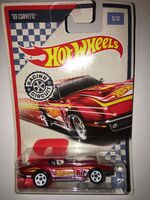 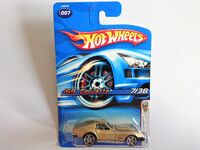 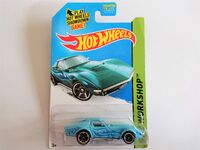