The '80s Firebird was a particularly long-running Hot Wheels casting, introduced in 1983 and last released in 2016. It was based on the third generation Pontiac Firebird, produced from 1982 to 1991.

The casting was given a minor modification around 1991 and made to have post-post instead post-tab construction. The casting was retooled entirely in 2011 and given slightly better detailing.

A successor casting known as the '84 Pontiac Firebird, designed by Brendon Vetuskey, was introduced in 2020 and touted as a replacement for the '80s Firebird casting. The casting was given a specific model year, better detailing and a new T-top.

The '80s Firebird has come out in the following versions: 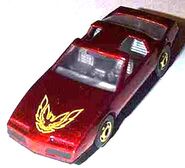 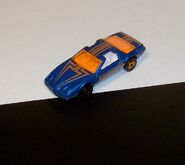