The '85 Honda City Turbo II has come out in the following 1/64 scale versions:

Born: 1985 Tokyo, Japan
Designer: Honda
An absolute sensation when it hit the market in the 80’s, the Honda city turbo went against the grain, balking at the low and sleek design trends of the time and standing strong like a stocky bulldog - no surprise the Bulldog Race was created in its honor. You may even see a little Motocompo if you peek in the rear window! 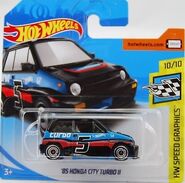 Back of card for FJY43 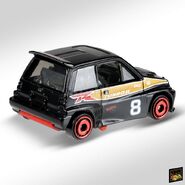 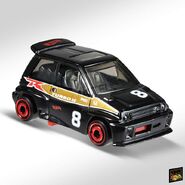 Retrieved from "https://hotwheels.fandom.com/wiki/%2785_Honda_City_Turbo_II?oldid=299428"
Community content is available under CC-BY-SA unless otherwise noted.