The BMW M3 is a sport sedan version of the BMW 3 Series, developed by BMW's in-house motorsport division, BMW M. This M3 model has been derived from the E30 3-series, and was sold as a coupe or convertible. Upgrades over the "standard" 3-Series automobiles include more powerful and responsive engines, improved handling/suspension/braking systems, aerodynamic body enhancements, lightweight components, and interior/exterior accents with the tri-colour "M" (Motorsport) emblem. 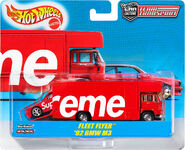 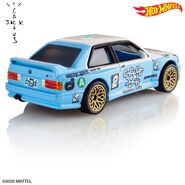 rear of the jackboys release 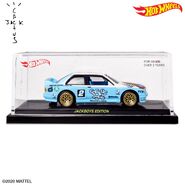 The case the jackboys m3 comes in 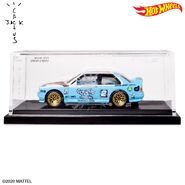 The other side of the case
Add a photo to this gallery
Retrieved from "https://hotwheels.fandom.com/wiki/%2792_BMW_M3?oldid=335730"
Community content is available under CC-BY-SA unless otherwise noted.