The casting was retooled in 2019; the grill and rear were made chrome, the exhaust pipes changed and the engine and carburetor became smaller.

The 'Tooned 1964 Chevy Impala has come out in the following 1/64 scale versions: 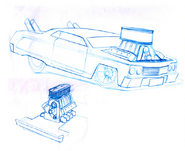 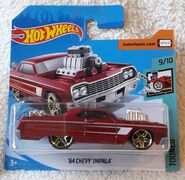