Action Packs were a series of multi-vehicle sets produced from 1997 to 1999. They consisted of anywhere from one to four vehicles and some small figurines and props. 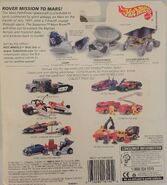 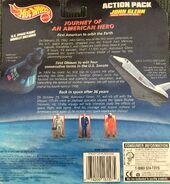 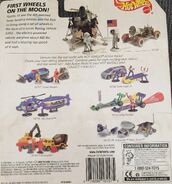 Rear of Apollo Mission Set
Add a photo to this gallery

The JPL Sojourner Mars Rover Action Pack has been found with a card variation. Sets produced prior to the landing of the actual Mars Rover on Mars came with a label in the top left reading: "The real rover is scheduled to land on Mars on July 4, 1997!". Sets produced after this date had the label removed.

Retrieved from "https://hotwheels.fandom.com/wiki/Action_Packs?oldid=359052"
Community content is available under CC-BY-SA unless otherwise noted.