Two of kids’ favorite brands - Hot Wheels and Star Wars - have joined forces! Kids and collectors alike will love seeing their favorite Star Wars characters reimagined as Hot Wheels cars. Each 1:64 scale car is individually designed to retain the “Force” of an iconic Star Wars character and combines the thrill and real racing excitement of Hot Wheels. Ages 3 and older

A veteran commander, Ackbar led the defense of his homeworld, Mon Cala, during the Clone Wars and then masterminded the rebel attack on the second Death Star at the Battle of Endor. Ackbar realized the rebels had been drawn into a trap at Endor, but adjusted, with his fleet buying valuable time for the attack to succeed. After the Battle of Endor, Ackbar became a Grand Admiral in the New Republic, winning many victories including the pivotal Battle of Jakku. He retired to Mon Cala, but was coaxed back into service with the Resistance by Leia Organa.

Admiral Ackbar has come out in the following 1/64 scale versions:

From the back of the card:

Developed in an oceanic world, the vehicle can trudge through water almost as easily as it ascends over rough terrain, with a dome-shaped canvas top replicating Ackbar's head and windshields spaced apart to mimic his wide-set eyes. No speed trap can stop this roadster in its valorous quest to take down the Empire. 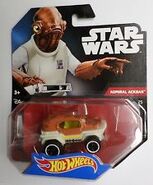 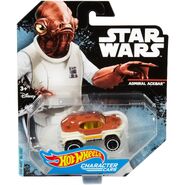 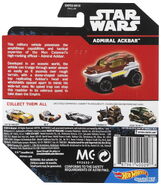 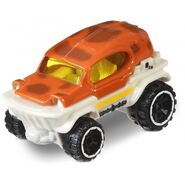 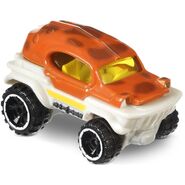 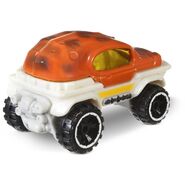 Add a photo to this gallery
Retrieved from "https://hotwheels.fandom.com/wiki/Admiral_Ackbar?oldid=280033"
Community content is available under CC-BY-SA unless otherwise noted.