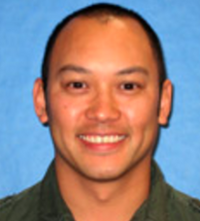 Alec P. Tam is a Chinese-American former Hot Wheels designer and the only second generation Hot Wheels designer who worked at Mattel from 2000 to 2018. Following in the footsteps of his father, Paul Tam, Alec has made a huge impact on the brand where he is currently the Director of Design for the mainline. Alec redesigned one of his father's cars, the Whip Creamer, which went on to garner a sizable following amongst collectors.

Alec joined Mattel in 2000 initially as a project designer for Hot Wheels and moved around a few times before becoming the Director of Vehicle Design in 2007. In 2012, he became the senior director of product design of Wheels Brands, a position he held until 2013, at which point he moved out of the department and to Boys Entertainment; his last known position at Mattel was a Director for Girls's Product Design. He subsequently became a design consultant for a number of toy brands such as Moose Toys before being employed at YULU Toys; he is currently freelance.