The Anglia Panel Truck is a UK-built commercial panel van from the late 1940s made by Ford of Great Britain for the European and North American Markets. The Hot Wheels casting portrays a E494A model of the Ford Anglia Truck. The E494A was produced from 1949 through until 1953. Although available in North America, the E494A Anglia was not very popular in North America, much less was the commercial panel version the Hot Wheels casting replicates. This casting is also left-hand drive, unlike the majority of UK vehicles, suggesting it might be modeled after the North American model.

This casting is not to be confused with the casting called Ford Anglia, which depicts a saloon car of the 105E version of the Ford Anglia from 1959-1967.

The Anglia Panel Truck has come out in the following versions: 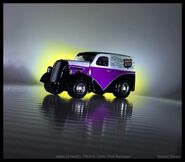 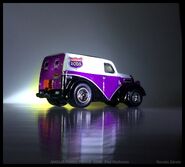 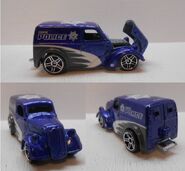 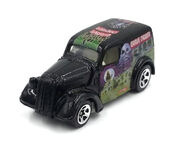 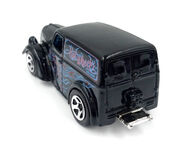 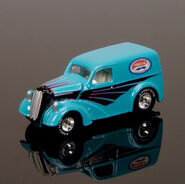 Retrieved from "https://hotwheels.fandom.com/wiki/Anglia_Panel_Truck?oldid=347750"
Community content is available under CC-BY-SA unless otherwise noted.