Born: 1977
Birthplace: EL Segundo, CA, USA
Designer: Hot Wheels
Specialty: With a front winch, roof-mounted lights, and skid plates, this off-road van was made for some serious Baja road trips, so find a spot and "breaker" in! 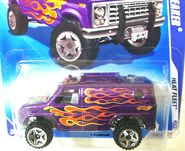 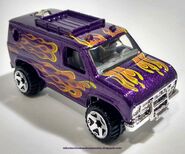