The So-Cal Belly Tank was a unique dry lake racer that was constructed from a P-38 fighter plane's fuel tank. It was a world-record holder at 198 MPH and won awards for its sleek good looks as well. It is an icon for the world of speed.

The Belly Tank Lakester has been released in the following 1/64 scale: 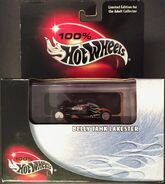 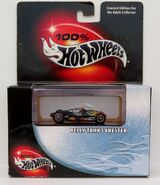 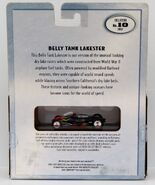 Retrieved from "https://hotwheels.fandom.com/wiki/Belly_Tank_Lakester?oldid=303034"
Community content is available under CC-BY-SA unless otherwise noted.