The Hot Wheels tank casting known as Big Bertha (1985) was originally released  as Tough Customer (1975), in the Flying Colors line. It was also released in 1982, in the Hot Wheels Megaforce Series, with the name Battle Tank (1982). For this release in the Action Command line, it was renamed yet again as Big Bertha (1985). It seems to have made one final appearance in 1998, using the original name of Tough Customer (1975)& Big Bertha (1982)on the package. It is based on the M60A1 Main Battle Tank.

Big Bertha has come out in the following versions: 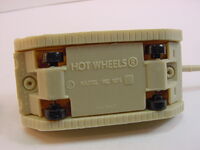 All Plastic Russel Stover 2-pack base 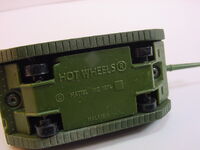 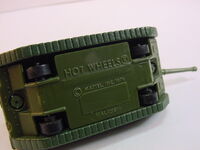 base 1985
Add a photo to this gallery
Retrieved from "https://hotwheels.fandom.com/wiki/Big_Bertha?oldid=303483"
Community content is available under CC-BY-SA unless otherwise noted.