Originally rendered as a concept sketch by Phil Riehlman in 1995, the Blown Delivery was ditched in favor of the Volkswagen Drag Bus to be used as a promotional vehicle with plenty of room for Tampo/Graphics. In 2006, Phil Riehlman revealed the sketch publicly in an interview on HotWheelsCollectors.com. Because the sketch featured Coca-Cola logos, it was sometimes referred to as the "Coke truck" until it was finally created and named in 2010. It also has some features from the 'fast-bed hauler' which was released in 2014.

The Blown Delivery has come out in the following 1/64 scale versions: 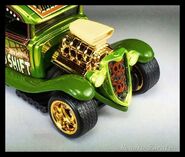 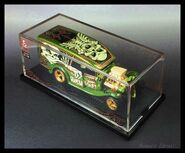