This was the first time Mattel offered a Hot Wheels Club and there were three mail-in-only chrome cars. The Club Kit cars were Heavy Chevy, Boss Hoss Silver Special, King 'Kuda. All three had black-stripes and various numbers on the door. They came with either a black or a white interior.

Spectraflame-painted versions of Heavy Chevy and King 'Kuda were already part of the 1970 lineup, and Boss Hoss was later released as a mainline car in 1971. 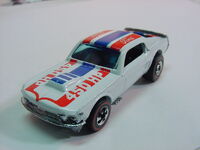 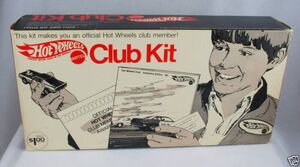 Hot Wheels Club Kit
Add a photo to this gallery
Retrieved from "https://hotwheels.fandom.com/wiki/Boss_Hoss_Silver_Special?oldid=392431"
Community content is available under CC-BY-SA unless otherwise noted.