The Carbide was first introduced in the AcceleRacers series, being driven by the Silencerz. The rear spoiler on the original versions was a separate metal piece (actually a rivet holding the car together). In 2014, the tooling for the car was updated and the spoiler became an integrated part of the plastic body.

In AcceleRacers, the car is powered by a 735 HP, beryllium 3.5 Liter V10 Engine. This is the only futuristic indy racer vehicle of the Silencerz team. The car's ultra lightweight frame is made of so called "Unobtainium". Lastly, the car has 13" front wheels and 15" back wheels.

The Carbide has been released in the following 1/64 scale versions: 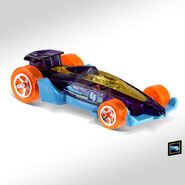 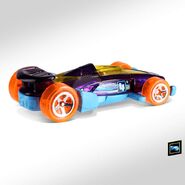 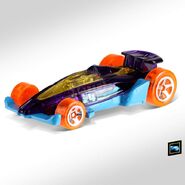