The Classic Cord is a Hot Wheels casting designed by Larry Wood which debuted in the 1971 Hot Wheels range of vehicles. It is based on the classic American car, the Cord Model 812, nicknamed the 'Coffin Nose'.

The Classic Cord is a favourite among collectors and it's run of only two years (1971-1972) makes it relatively hard to find in any colour. According to Jack Parker, a former Mattel design engineer, the Classic Cord was selected specifically to 'target' the collector market.

For its initial release, it was only manufactured in the USA and all came with a clear windshield, black interior and a removable black roof. It also features an opening hood which has a supercharger sticking out. As with most plastic parts from the era, the Classic Cord's roof has been reproduced. An original roof will have the serial number 6472-0510 on the underside. It was packaged with a plastic 'Collectors Button'.

It was painted in various Spectraflame colors, of which Pink and Salmon are the hardest to find. Due to shade differences in the Spectraflame painting process, some cars have been nicknamed 'Berry', these cars are a lighter shade of purple verging on pink and are usually not recognised as a completely separate color.

A handful of prototypes exist, with some having an orange roof.

The Classic Cord was also manufactured in Mexico by CIPSA. These versions are very hard to find and are often found in poor condition. (More information below).

In 2005, the Classic Cord was re-tooled for HotWheelsCollectors.com Series 4.

In the early 1970's, the Classic Cord was manufactured by CIPSA in Mexico for the Mexican market. These versions differ from the regular versions in a couple of small ways. The interior and roof are white compared to black of the 1971 USA versions, and the glass is blue. Despite being manufactured in Mexico, they are still marked with 'USA' on the base. 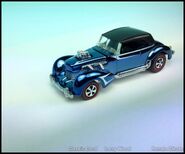 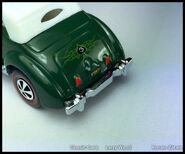 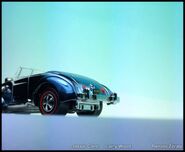 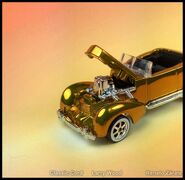