Clover Cars are a series of Exclusive Cars, in Celebration of St. Patrick's Day that started in 2007 that were sold Exclusively at Wal-Mart on single cards, below are the following years, starting with 2007. 2008 Collectors found themselves looking for the Leap Year Vehicle '52 Chevy Truck, which was in on the end caps of the Clover Cars set. 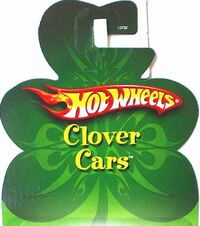 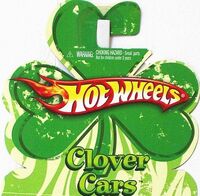 This was the Chase Car, for the 2008 Clover Cars, a Wal-Mart Exclusive. Also check out the '52 Chevy Truck Page, to see different series of the this die-cast. 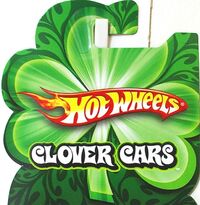 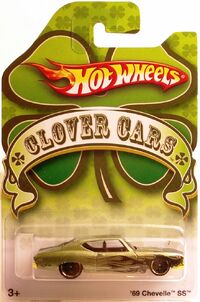 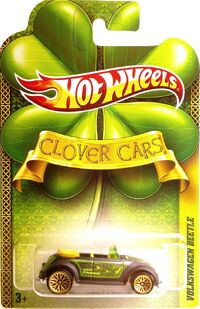 Retrieved from "https://hotwheels.fandom.com/wiki/Clover_Cars?oldid=368396"
Community content is available under CC-BY-SA unless otherwise noted.