The Evil Twin is a Hot Wheels casting designed by Larry Wood which debuted as part of the 2001 First Editions. It is based on a 1940s Cadillac with custom features such as its two namesake exposed engines, chopped roofline and teeth in the grille. It has been used in numerous series since its first appearance, including a Super Treasure Hunt and Convention Exclusive vehicle.

In 2004, a similar vehicle was released named 2 Cool, also designed by Larry Wood.

The Evil Twin has come out in the following 1/64th scale versions: 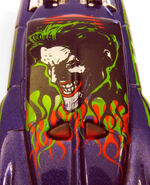 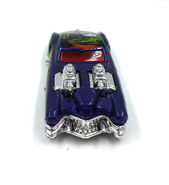