The Fairlady 2000 (Japanese: ダットサン フェアレディ二千) was the final instalment of the 'Fairlady' roadsters manufactured by Nissan starting in the late 1950s. This car was the forerunner to the Z-car in the Fairlady line, sold overseas as the Datsun 240Z. The Fairlady 2000 was succeeded by the Z-series Nissan cars in 1970. The Fairlady's styling was heavily influenced by British 2-seat sports cars like the Austin-Healey and the Triumph TR6, giving the car a slight advantage in overseas markets because of it's lower price bracket.

The die-cast version has racing fenders and a hardtop roof. The front-mounted external oil cooler is a part of the plastic base, holding the body and base together as a bracket. It features racing seats, removed rear bumper, internal roll cage and is a right-hand drive version.

The Fairlady 2000 has come out in the following 1/64 scale versions: 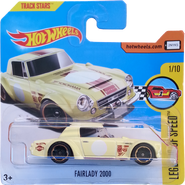 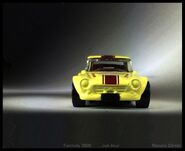 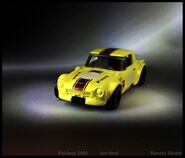 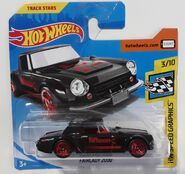 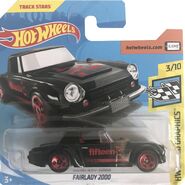 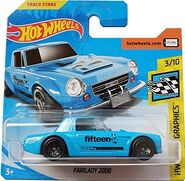 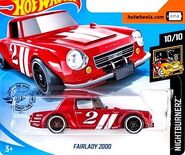