The Growler is a casting that is, rather obviously, based on a dog. It can be seen as the spiritual successor to the Supdogg, a somewhat similar casting. The casting was changed very slightly in 2016; the base was changed slightly in 2016, with the rear rivet's position being moved. Other than that, there are no significant or noticable differences.

The Growler has been released in the following 1/64 scale versions:

From the back of the 2012 First Editions card: 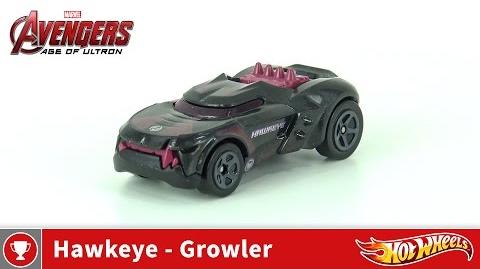 Add a photo to this gallery
Retrieved from "https://hotwheels.fandom.com/wiki/Growler?oldid=322666"
Community content is available under CC-BY-SA unless otherwise noted.