The Haulin' Gas is a Hot Wheels original model based on the 1933 Diamond T Doodlebug which was a streamlined, futuristic American tanker truck used by Texaco in the 1930s. The Doodlebugs were part of an overall project by Texaco to modernize their brand look. This project produced the Texaco star-T logo still used today.

The Haulin' Gas has come out in the following 1/64 scale versions: 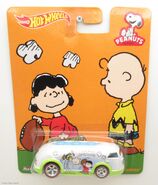 Called the "Soda Popper" for the 2015 Peanuts - Pop Culture series 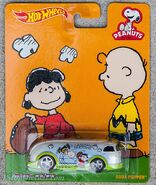 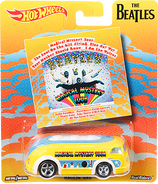 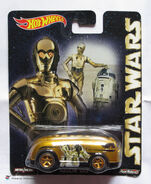 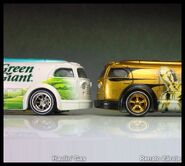 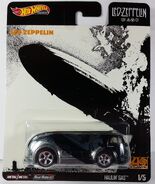 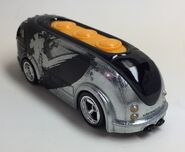 Add a photo to this gallery
Retrieved from "https://hotwheels.fandom.com/wiki/Haulin%27_Gas?oldid=324737"
Community content is available under CC-BY-SA unless otherwise noted.