During the late 90s Hot Wheels was releasing 100% Hot Wheels. The series of cars are highly detailed 1:64 models with tiny intricate pieces for the casting. They are highly sought out for and very rare.

During this time, Hot Wheels had another line of cars that was doing well during NASCARs high popularity of the 90s, Pro Racing series. So they created a line of 1:64 NASCAR Stockers that, just like the 100% Hot Wheels, where highly detailed, intricate pieces, and hoods that opened up to view the engine.

These kind of cars first came out in the Hot Wheels Legends series and in 2000 the Crews Choice series. The cars in these series additionally had the feature to take the bodies off the car. The Hot Wheels Racing Selects series does not. 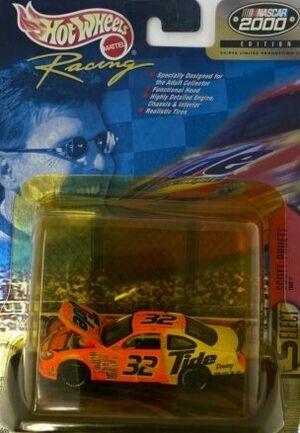 The 2000 Hot Wheels Racing Selects has come out in the following 1:64 scale versions: 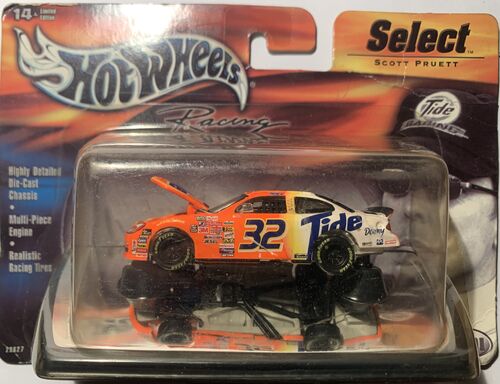 The 2001 Hot Wheels Racing Selects has come out in the following 1:64 scale versions: