The Iron Golem is a large, strong utility mob (from mobile) that defends villagers. They appear in the videogame Minecraft. When provoked, an iron golem will move quickly toward its target and once in range will swing its arms up violently to attack.

The Hot Wheels version of this "mob" is styled after a 1956 Ford F-100 with forklift forks attached to it. Its forks can be lifted, simulating the strength of the Iron Golem.

The Iron Golem has come out in the following 1/64 scale versions: 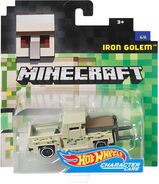 Iron Golem with its action feature. 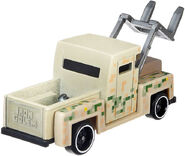 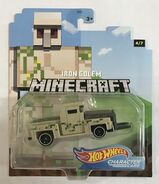