The Mercedes-Benz 300 SL is a two-seat sports car designed by Rudolf Uhlenhaut and manufactured by Mercedes-Benz. The car is often termed the "Gullwing" due to its doors opening upwards. Introduced in 1954, the 300 SL was the fastest car of its time and was a constant championship contender in sports car racing. A total of 3,258 were produced.

This version of the 300 SL is very different from the Red Line Club-exclusive '55 Mercedes-Benz 300 SL. It is based on a highly-modified version of the Mercedes-Benz 300 SL entered by the IWC Racing Team, as opposed to a stock 300 SL as the RLC version replicates. Two were modified for the IWC Racing Team, with their maintenance being performed by HK-Engineering. The car was first shown off at the 2018 Goodwood Revival, driven by ex-Formula One driver David Coulthard.

The first release of the casting has a livery based on that of the real IWC Racing Team 300 SL shown off at the 2018 Goodwood Revival, although some differences between the real livery and the one on the model can be found.

The Mercedes-Benz 300 SL has come out in the following 1/64 scale versions: 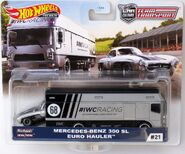 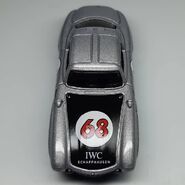 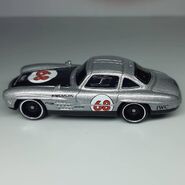 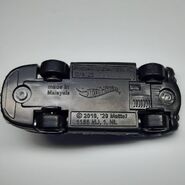 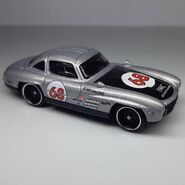