Originally released in the 1975 Flying Colors lineup, and meeting its demise as a Final Run car in 2001, this casting had lived on in the lineup for a good 26 years, having a new paintjob or variation every 2 to 3 years during that time.

Early runs of the original 1975 enamel yellow release (pictured above) had "PORSCHE" stamped on the rear tail just like on the real car, as well as having "Porsche Carrera" cast into the base. This was omitted from later releases of the yellow version (as well as all others that followed) due to licensing issues with the "PORSCHE" trademark. Early releases also featured hybrid blackwall/cap redline wheels, with small capped wheels on the front, and the "new" redline wheels on the rear, these can be very desirable in mint condition. Later runs of the car from then all the way up to 1988 were issued with the standard 1970's redline or blackwall wheels.

The  P-911 has come out in the following versions: 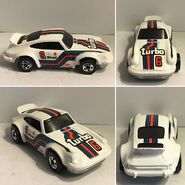 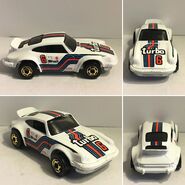 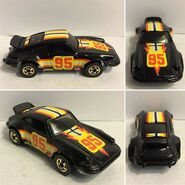 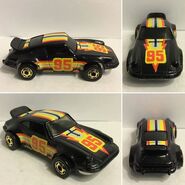 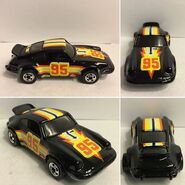 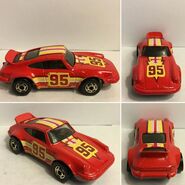 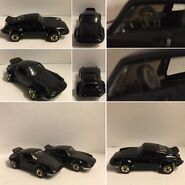 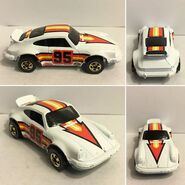 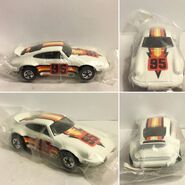 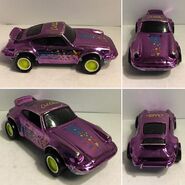 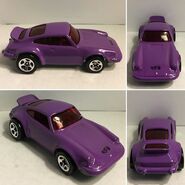 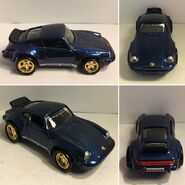 Add a photo to this gallery
Retrieved from "https://hotwheels.fandom.com/wiki/P-911?oldid=333538"
Community content is available under CC-BY-SA unless otherwise noted.