The Porsche 356 Speedster is a Hot Wheels casting which debuted in 2017 in the Hot Wheels Replica Entertainment series. It was originally slated for use in the Entertainment series in 2015 representing the vehicle used in the film "48 Hours" and then in a later mix for "Top Gun," but these releases did not come to fruition. Instead it debuted in a series of Forza themed vehicles.

The Porsche 356 Speedster has come out in the following 1/64 scale versions: 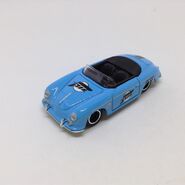 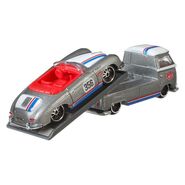 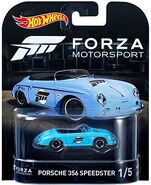 Add a photo to this gallery
Retrieved from "https://hotwheels.fandom.com/wiki/Porsche_356_Speedster?oldid=310880"
Community content is available under CC-BY-SA unless otherwise noted.