Prototype H-24 is a Hot Wheels original casting, likely inspired by Le Mans 24-hour racing cars of the 1970's and 80's. Sporting a 16-cylinder engine with a claimed output of 1430 horsepower. Prototype H-24 is one of the cars featured in the Hot Wheels: Track Attack racing video game.

On the 2008 New Model version, the white dot tampo on the side was intentionally applied without a number.

The Prototype H-24 has been released in the following 1/64 scale versions: 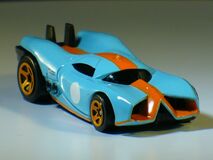 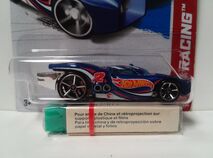 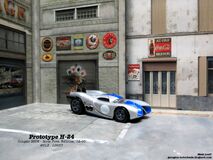 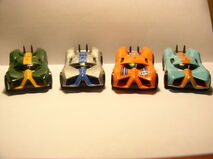 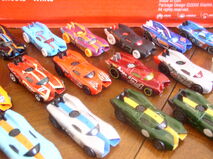 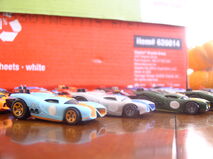 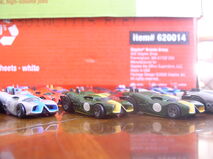 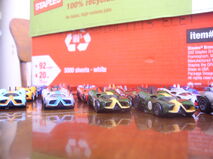 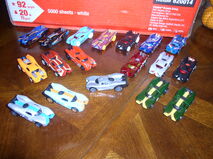 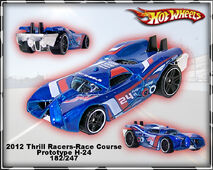 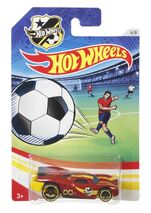 Add a photo to this gallery
Retrieved from "https://hotwheels.fandom.com/wiki/Prototype_H-24?oldid=396427"
Community content is available under CC-BY-SA unless otherwise noted.