The Silhouette II is a revival of the original Silhouette casting. This was one of Phil Riehlman's first two designs. This casting received a retooling in 2016 with noticeable casting seam locations. The interior is no longer a separate piece from the engine, which means these will be the same color.

Most releases since the retool name the car Silhouette.

The Silhouette II has been released in the following versions: 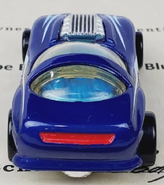 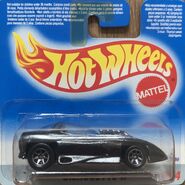