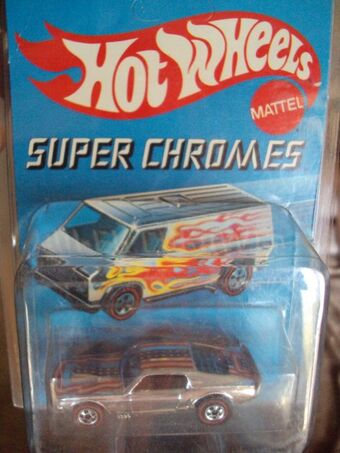 The Super Chromes series came out in 1976 and ran for three years. You can find them in both Redlines and Blackwalls. The series included six cars that were only released in a special 6-pack. It Would appear that the theme for 1976 would be the celebration of the Bicentennial as cars and sets alike had plenty of red, white, and blue with stars & stripes.

The 1976 Super Chromes has come out in the following Redline 1/64 scale versions:

The 1977 Super Chromes has come out in the following Blackwall 1/64 scale versions:

Only Two new cast  were released for 1978