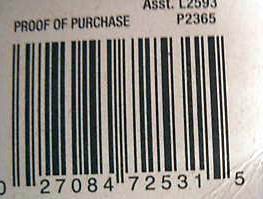 To New Users this is the list we go by that is sent from Mattel to the Team at Hot Wheels Collectors.com On how we get Codes, and etc for a list.

I'm just curious, but I see where Wickamouse has been banned for a month for adding false information. Where does the correct information come from about the 2009 models, and how does anyone know the information provided by Wickamouse is false? I'm not criticizing anyone, just trying to figure out why there's only a little information about the 2009 models and it's not complete. Where does everyone get their sources from? Is it just as the cars appear on the store pegs? If so, how does anyone know Wickamouse's information is false, and not just that those cars have appeared in his stores and not yet in other people's stores? I'm just nosy is all and want to know how everything works, so that if I come across a 2009 model and post it, it won't be wrong. HaarFager 15:55, 14 November 2008 (UTC)

Hey Kenny, I knew his was false, 1, because of his reputation for adding false info. Also, I knew his was false because he had the Hot Seat in the mystery cars, which has been retired, while it could have been a new casting, this is where his rep hurts him. Also, I believe HWC Mongrel has a complete list but can only share what Mattel allows. Correct me if I'm wrong, but I assume its an agreement they have so he can make sure that everyone is posting correct info. I have been getting my info from people who post their finds in all the different sections of the board on HWC.com. I am an addict to that site too so I know whats been released on a daily basis. Also, Wickamouse added a Mazda RX-8 to the list of FEs. I have a 1:1 RX-8 and have asked the designers and Mattel powers that be if there is on in 2009 and they said that while it was on the list that it didn't make the cut. He also added a '29 Ford Model T which is only scheduled to be released in the Classics, not the mainline. So all those reasons are how I personally knew his info was false. :) BigBadBrad01 17:59, 14 November 2008 (UTC)

Thanks, Brad - if you said it, that's good enough for me. I probably over worry about doing something wrong when it probably won't happen with me. I try to confirm my facts before I post them and sometimes leave off information when I'm not 100% positive about it. I shouldn't ever have a problem of being banned if I stick to this technique. I haven't seen any new 2009 models around here, but then I only go to smaller stores and don't shop at Wal-Mart anymore. One grocery store I check at still had some 2007 First Editions tucked away in their cereal aisle! HaarFager 18:29, 14 November 2008 (UTC)

The key is to be able to back up your facts. One thing I learned when writing in college. Cite your sources. While the wiki doesn't ask you for sources, it's important to have a mental note or proof in case someone questions your credibility. People are smart in this day and age and if you supply false facts or info, someone will challenge it and prove you wrong. I wouldn't worry about getting banned. Just make sure you are providing first-hand knowledge or getting it from a credible source. Easy as that. Your reputation here is good so unless you have a bad streak, you have nothing to worry about. BigBadBrad01 19:28, 14 November 2008 (UTC)

Wickamouse please do a search on a diecast before creating a new page, Brad put a lot of work the other evening to create a list, if something is misspelled ask before creating. Fantazim 20:46, 20 December 2008 (UTC)

I noticed that some segement series repeat cars. Is this true? For Example: In 2009 Treasures hunts and 2009 Super Treasure hunts there is a bad bagger. They bothe have the same collector number and series number but the only thing different i notices is the Toy number. I do not acutally have the cars yet to see if they are different colors or design though.

Essentially regular and super treasure hunts are the same series. The supers have a fancier paint type and upgraded wheels, but the designs are the same. They are not actually 2 lines of cars. Just a common type and a rare variation. The supers do however use "$" instead of "S" in the series name on the card, "Trea$ure Hunt$". To help differentiate the two. Sinnin 21:31, December 30, 2009 (UTC)

Retrieved from "https://hotwheels.fandom.com/wiki/Talk:List_of_2009_Hot_Wheels?oldid=48776"
Community content is available under CC-BY-SA unless otherwise noted.