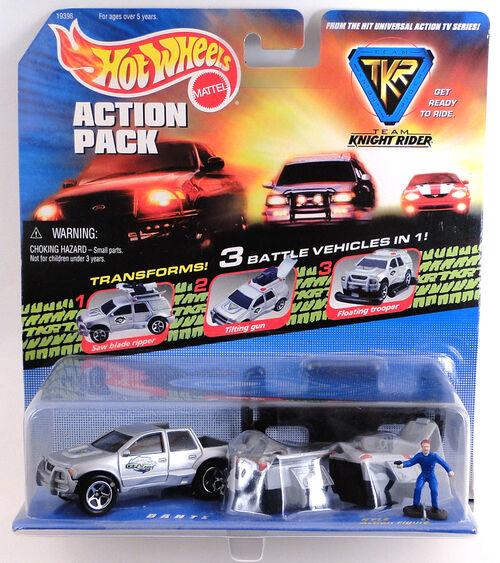 GET READY TO RIDE! Crime fighting in the '90s requires a new breed of warrior. The Foundation for Law and Government (F.L.A.G.) intelligence organization has selected five highly-skilled operatives and paired them with five fully-loaded transforming vehicles.

Together they are Team Knight Rider. Ready to battle evil forces worldwide!

PERSONA: Fair and honest, but can be ruthless

The following vehicle was included in the Team Knight Rider: Dante Action Pack: 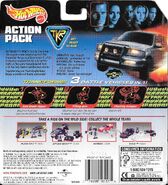 Add a photo to this gallery
Retrieved from "https://hotwheels.fandom.com/wiki/Team_Knight_Rider:_Dante_Action_Pack?oldid=349636"
Community content is available under CC-BY-SA unless otherwise noted.