Hot Wheels Wiki
Register
Don't have an account?
Sign In
Advertisement
in: 2016 Hot Wheels, New for 2016, Taxi Rods,
and 21 more

The Time Attaxi is a Hot Wheels original model designed by Fraser Campbell. The design is based on the Toyota Crown Comfort, which is commonly used as taxis in Japan, Hong Kong and Singapore. Modified with an external front-mounted oil cooler, and on the driver's side, a bullet-style racing mirror and a normal mirror on the front passenger side. Unlike the real Crown Comfort, however, the Time Attaxi is left-hand drive, whereas the real Crown Comfort is right-hand drive only. It also has a massive engine sticking out of the hood and even tailfins which act like a spoiler. This model has multiple special features: the right back door can be slightly opened because it is part of the interior and not part of the body of the model, and the engine air filters are made with the window piece. The plastic from the window piece is concentrated at those air filters and therefore they appear almost black.

The Hot Wheels Time Attaxi was featured in a special event in Need for Speed: No Limits which ran from March 9th, 2017 to March 16th, 2017.

The Time Attaxi has come out in the following 1/64 scale versions:

Born: 2016
Birthplace: El Segundo, California
Designer: Hot Wheels®
Specialty: The clock is ticking, you're ready the break the record, AND you've got passengers that need to be dropped off at the airport! The Time Attaxi™ will get you where you need to go, but be prepared for some jaw-dropping, high-speed drift action on the way!

For the 2016 First Edition of this casting, the Time Attaxi was decorated in the same manner as Hong Kong's Urban Taxis, which according to Hong Kong International Airport are colour-coded depending on the area they service. The red-painted ones, like the first release, service Hong Kong's most central and urbanized areas as well as the airport.

Time Attaxi in Need For Speed No Limit 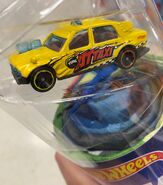 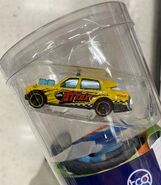 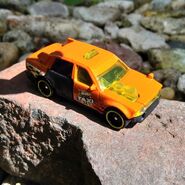 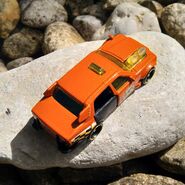 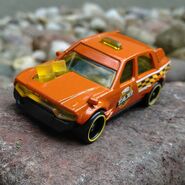 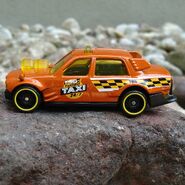 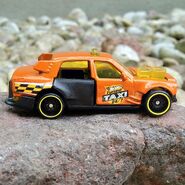 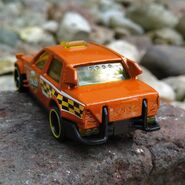 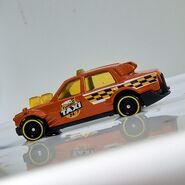 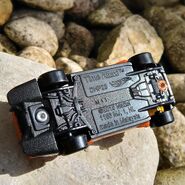 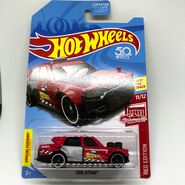