The Triumph TR6 was a British 2-seat Roadster unveiled in 1968 by Triumph, one of the first UK cars of the British Leyland era, a time marked by strikes, shoddy workmanship and terribly unreliable cars. The Triumph TR6 was discontinued and replaced with the TR7 in 1976, which was less successful than the TR6. Hot Wheels gracefully replicates the TR6 as an open-top track car without the windscreen, giving it a roll cage, single racing bucket seat and a cab-mounted fuel tank. This casting is right-hand drive.

The Triumph TR6 has come out in the following 1/64 scale versions:

Born: 1969
Birthplace: Coventry, England
Designer: Triumph Motor Company
Specialty: Modified for road racing with a roll bar, removed bumpers and a lowered windshield, this small British sports car was made to triumph over the competition! 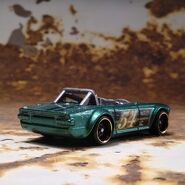 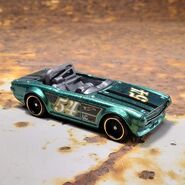 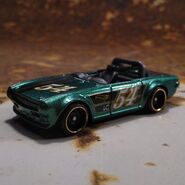 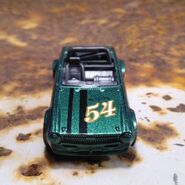 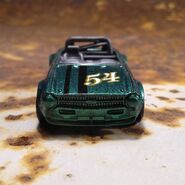 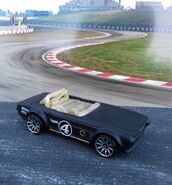 made in Thailand, Orange

made in Malaysia, Metalflake Orange
Add a photo to this gallery
Retrieved from "https://hotwheels.fandom.com/wiki/Triumph_TR6?oldid=416700"
Community content is available under CC-BY-SA unless otherwise noted.