Twin Mill II is a modernized take on the original Twin Mill casting from 1969. It features a slender body, wraparound windshield and dual supercharged engines, giving the car its name. Only some parts of the engine are visible on this modern rendition. This was one of Phil Riehlman's first two designs.

The casting was last seen in 2006 and is assumed to have been retired in favor of the Twin Mill III, a second successor casting released just two years later.

The Twin Mill II has been released in the following versions: 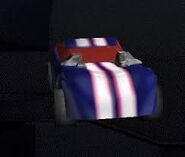 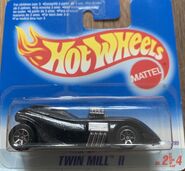