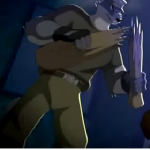 Hello, I am Australiancarlover (also known as "JDM my Ride"). As my user name implies, I like Australian and JDM cars, but I have collected Hot wheels cars of various nationalities and Years. In my 100+ piece collection of Hot wheels I have placed a wide Variety of vehicles from The UK, Latin America, The US, Japan and of course, Australia. I like to collect castings that portray real vehicles from around the World. Many of the Castings I own, I try to keep in good condition, while I frequently neglect others.

I also have collected Matchbox, Tomica and Corgi Juniors cars. Mostly, I tend to only follow pages on the Castings I have already Collected or are planning to obtain.

Some of My favourite castings

The list below is of castings I have collected. (I mainly focus on what the car is , but sometimes the livery does catch my eye) It is organised based off the country of origin for the real car each casting portrays (or in the case of unlicensed castings) is based off of.

In my private collection are some old Corgi Juniors models that later were remade by Hot Wheels, but I only have acquired 13 Hot Wheels-made Corgi castings:

Pre Hot Wheels versions I have:

Pictures of my Corgi collection

Original Corgi version from the early 1970s, the single white light on the roof is actually formed out of glue as a replacement for the one that was missing when I acquired this particular casting.

Australiancarlover's own Mercedes-Benz Bus number 2, bought a second one for the sake of having one on display that I hadn't played with as a kid.

side view of the late '80s corgi UK Royal Mail version from before the Hot Wheels buyout, exact year unknown, Made in Great Britain -side quarter view

Base View, Australiancarlover's own Ford Transit Van.
Add a photo to this gallery
Retrieved from "https://hotwheels.fandom.com/wiki/User:Australiancarlover?oldid=353329"
Community content is available under CC-BY-SA unless otherwise noted.