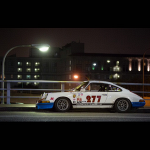 A car to hunt for

A car is missing from the wiki. I've been hoping to find it before adding it. As an air cooled guy, look for the Custom Volkswagen Beetle, with a malaysia base and windows that are more purple than this one.

the one I have has the Malaysia base, code B43. can I add it to the Custom Volkswagen Beetle page? is this one more rare than the one from Thailand?

Awesome! That's the one! But it looks like my memory was wrong about the window - yours looks blue, and I'm pretty sure the one you added is the short run one. That's why I only have the other one - I traded that one to a another bughead I knew back when I found it them. Doesn't it have a painted base? Mach 5 (talk) 00:48, December 6, 2018 (UTC)

I dug mine out. Looks like the one there already was the same as you got, cause the one I got has the painted base and purple windows. I'm gonna shoot it and post it tomorrow to show the windows. Sometimes they need to be shot side by side to show the difference shades. Mach 5 (talk) 01:02, December 6, 2018 (UTC)

nice, the photo you took really shows the difference on the windows!

Awesome! Something I was gonna try and get to soon. I think instead of having a column repeating Red Edition, it would be better to put a link to the actual series it came from. Could also use a column for casting name/link. Mach 5 (talk) 01:37, December 5, 2018 (UTC)

I wanted to let you know that I looked over the page and tried adding a column, right after the casting name column, for the series link, but didn't because it made the table too wide to work with easily. I was thinking of eliminating a few columns before adding the column for series and hadn't yet decided what to do. I was going to get with you before making any changes. I was thinking the toy# and country columns would leave enough room. Mach 5 (talk) 16:28, December 17, 2018 (UTC)

that's fine with me, those columns don't add anything too important to the information of the model. I'll eliminate those so you can add the series column.   Nezz79 (talk) 17:45, December 17, 2018 (UTC)

The categories you added to series pages are for vehicles. Only vehicles. It will become useless with too many things in categories for vehicles. What next, 5 packs and playset. If we do what you did, next add every make model and designer categories for all the cars to the list page and if we did, what would that look like? A mess. Mach 5 (talk) 22:07, December 8, 2018 (UTC)

I've been through the ones I had made and I think I get it. for example, if it's a Pop Culture Series, it doesn't make sense to add VW categories just because there's a VW in that series, is that it?

but categories can be added the other way, in a specific model we can label with 2019 New Model, German Cars, Treasure Hunt and so on as long as they appear in those series

Did you not know about the Race team section when you created the 50th Anniversary Race Team Mini Collection page? Where did you get the name Mini Collection from? Is it on the packaging somewhere? These were the mainline cars no? Mach 5 (talk) 16:36, March 4, 2019 (UTC)

as all the others 50th Collections had their one page, it seems logical that this one should also have one. and yes, they were released as mainline cars but the other cars were available on stores as well. Nezz79 (talk) 16:47, March 4, 2019 (UTC)

Hello my friend. I noticed you are adding categories on many castings, that is a nice work. But the XXXX First Released is used on casting released on series like Car Culture, Pop Culture, Super Rigs, Hot Wheels Boulevard. And New For XXXX is used only on Mainline releases. Tonny6660 (talk) 15:51, September 6, 2020 (UTC)

Hey guys, I also just came to realise this fact. But I'll also admit that It does get a little bit confusing. What you mentioned Tonny is the way it's been done for 2013 onwards. From 1996 - 2006 it's  XXXX First Editions vs XXXX First Released. 2007-2012 it's XXXX New Models vs  XXXX First Released. I was oblivious to this earlier, so just wondering your opinions for earlier years (like 1980's and early 90's) because I made some (but not all) first released category pages, especially for most of the 1980s years, with the intention of catgorising cars released from those years, but now I feel like I made a mistake. Unless mainline vs non-mainline wasn't really a big issue back then, like it is now? Jezza91 (talk) 16:10, September 6, 2020 (UTC)

About the older collections I think we should take a look very carefully, case by case because I noticed some vehicles were identical on mainline and other series released in the same year. Some maybe released at the same time. Tonny6660 (talk) 18:47, September 6, 2020 (UTC)

Retrieved from "https://hotwheels.fandom.com/wiki/User_talk:Nezz79?oldid=373336"
Community content is available under CC-BY-SA unless otherwise noted.