The Volkswagen Golf, named not for the sport, but the Gulf Stream (Golf being German for 'gulf'). The Volkswagen Golf was the quintessential 'Hot Hatchback' of the 1980s and early 1990s,the creation of which spurred rivals to create other great European hatchbacks of the era, including the Ford XR3 and Peugeot 205 Rallye.

The Hot Wheels version being released 2 years before the car it represented (the Mark 2 model from 1983-1992) was finally replaced. Hot Wheels has produced the contemporary successors to the Golf, the MK6 Volkswagen Golf GTI released in 2007 and the Volkswagen Golf Mk7 debuted in the 2016 Car Culture premium series.

The casting was initially retooled in 2009 to reintroduce the casting into the lineup. The casting was subsequently given a second retool in 2019, converting it from a post-tab design to a post-post design.

The VW Golf has come out in the following 1/64th scale versions: 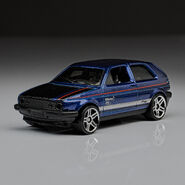 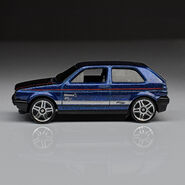 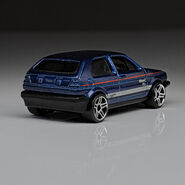 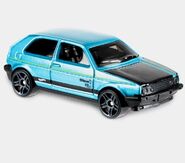 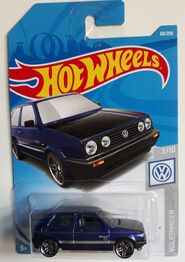 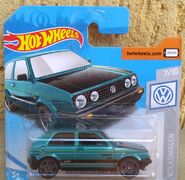 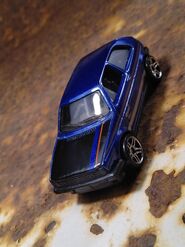 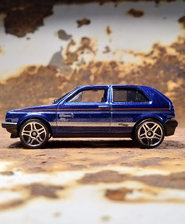 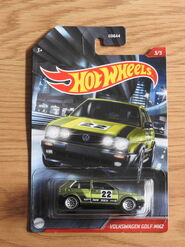