The Zombot is pretty much exactly what it sounds like; a robot, except on wheels. A rifle is seen being held by said robot. The casting has a unique ability that allows it to stand up on its two feet without falling over. In 2017, the tooling for the Zombot was changed; the base and rifle were altered, with the rifle being a full piece inserted into the body and riveted to the base. The casting was retooled again in 2021, losing the rifle entirely.

The Zombot has come out in the following versions: 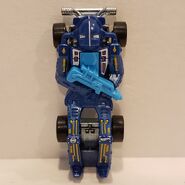 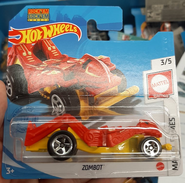